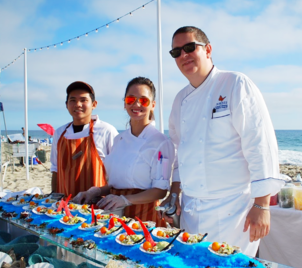 MECH in the News! 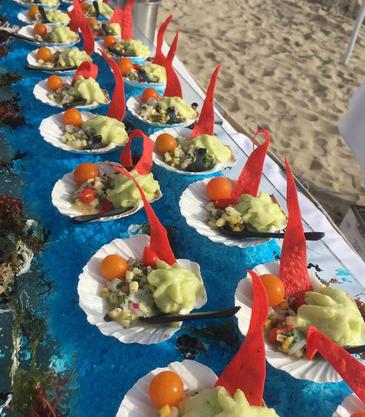 “For the food to taste good,

the chef has to be happy.”

Those are words to live by for Laurent Elmerich (photo right) the 34-year-old French chef who presides over a mini-empire of restaurants as the executive sous chef at Dana Point’s Monarch Beach Resort.  Luckily for those who consume his food, Chef Laurent is rarely happier than when he is at work in a kitchen, his joie de vivre infusing every dish prepared under his direction.

His culinary creations have pleased the palates of some of the world’s biggest stars, from Britney Spears (she loved his turkey sandwich with light mayo) and Forest Whitaker (he raved about Laurent’s chocolate birthday cake) to Robert De Niro, Michael Jackson, and even the Dalai Lama, the ever-smiling Tibetan spiritual leader who was so thrilled with Laurent’s mixed vegetables (the Dalai Lama was a vegetarian, so Laurent had few options) that he rewarded the young chef with an appreciative pinch on the cheek.

Chef Laurent will be spreading the joy on August 3, when he joins an all-star lineup of restaurants and beverage distributors at the all-you-can-eat “Sunset at Salt Creek” celebration, an annual beachfront extravaganza of food, drink, and live music that raises money for the non-profit Mary Erickson Community Housing organization.  The group provides affordable housing to working families across the Southland, including dozens of employees of the Monarch Beach Resort.

For Chef Laurent, the event will be more than just a chance to show off his signature ceviche, a zesty blend of local fish, scallops, shrimp, and avocado and yuzu foam served in a genuine scallop shell that guests will be free to take home as souvenirs.  It is also an opportunity to raise money for an organization that provides a piece of the American Dream to working families who otherwise might not be able to afford to live in high-rent areas like South Orange County.

Chasing the American Dream is something Laurent started doing even before he knew it.  He got his start as a chef growing up in Strasbourg, France, a charming town nestled on the Rhine in the region of Alsace, just across the border from Germany.  Strasbourg is famous for a lot of things: It’s the seat of the European Parliament, its cathedral is 50 meters taller than Paris’ better-known Notre Dame, and it is one of France’s gastronomic hubs, with six Michelin-starred restaurants at last count.

But Laurent’s culinary education began in a more modest setting: His boyhood kitchen.  He recalls standing at his dad’s shoulder as the elder Elmerich whipped up dishes that were as simple as they were delicious.  Penne with ham, sour cream, and Comté cheese was one of Laurent’s favorites.  One night, eager to impress his family, Laurent tried his hand at making tiramisu while his parents were out.  He was in the middle of blending the ingredients in a bowl when the power went out.  Laurent left the handheld blender in the bowl while he went to check the fuse box.  He got the power back on and returned to the kitchen to find the blender whirring uncontrollably and tiramisu batter covering the walls.

When he was 23, Laurent heard from a friend about a job opening for a sous chef in the United States.  Laurent’s skeptical reaction was “Yeah, sure.  Where?”  The friend replied: L’Ermitage, one of the most renowned hotel-restaurants in swanky Beverly Hills.  Laurent needed no coaxing.  “It was the American Dream,” he recalls matter-of-factly.  He got the job and soon found himself on a plane to Los Angeles carrying little more than his chef’s coats, a set of knives, and $1,000 in cash.

The rest is history.  Eleven years later, Chef Laurent oversees a staff of 75 cooks at a 400-room, Five Diamond-rated resort that overlooks the Pacific Ocean and is known as much for its superb cuisine as for its unapologetic opulence.  Laurent spends his days overseeing several restaurants, making sure the kitchens are running smoothly and the guests are enjoying the food.  How can he tell if the diners are happy?  He glances at the trash bins to see what items were left on their plates.  “When you see the waiter coming with six plates clean, then no problem,” he says.  Not the most scientific method, perhaps, but effective.

If there is one downside to Laurent’s success, it’s that he spends less time cooking and more time doing administrative paperwork than ever before.  It is not unusual for him to place an order for $35,000 worth of meats, fish, and ingredients for the hotel’s various restaurants.  In a concession to his management responsibilities, the tasting spoon that usually sits in a thin pocket on the left arm of his white chef’s coat has been replaced with a pen.

But Laurent’s success has allowed him to embrace the Southern California lifestyle with gusto.  He traded in his first American car -- a used Chrysler Sebring -- for a Porsche 911 Carrera.  He enjoys basketball, poker, and the beach, and listens to blues and hip-hop.  Two of his favorite pastimes are racing his Yamaha FZ-09 motorcycle and taking day-long fishing trips that could net him anything from rockfish to tuna or mahi mahi.  Whatever he catches usually ends up in a scrumptious, homemade plate of fish tacos that evening, perhaps followed by a bowl of homemade tiramisu.

And no, he no longer leaves the blender in the bowl.

By Luis A. Feldstein

MECH want to thank our very generous donors over many years!  We couldn't serve our community without you!

Through foundations such as the Citi Foundation Grant Award: Orange County Island Empire/Los Angeles Service Expansion Initiative (foundations don't recognize CHDO status - only city or county jurisdictions do), our goal is to:

We encourage your support in our continuing efforts to strengthen the foundation for which our families call home. Help us provide our communities and its families with a more clean, safe and enriched lifestyle.​ 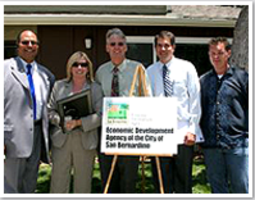 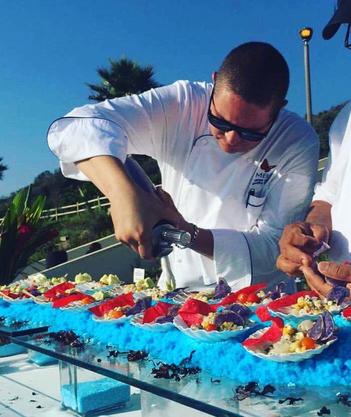